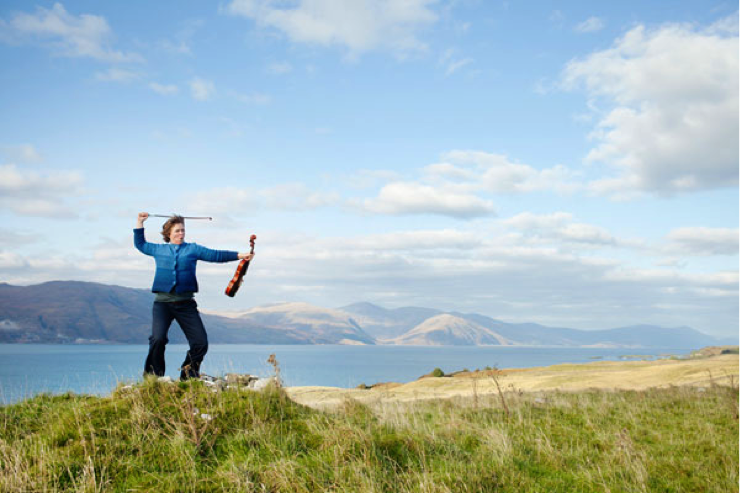 The tour, which sees Campbell play everywhere from Inverness to Dumfries, follows her show’s month-long successful run at the Edinburgh Festival Fringe in August 2016. Critics and audiences alike gave the show fantastic feedback.

Campbell kicks off her tour at the Atlantic Islands Centre in Luing on 10th March, followed by Eden Court Theatre in Inverness on 16th March, and The Barn in Banchory on 17th March. She has strong connections with many of the places she will be visiting, and is excited to be visiting others for the first time.

She said: “I know the story of Pulse resonates far and wide, so that’s why I’m so happy to be touring to all kind of venues, such as the Atlantic Islands Centre in Luing, a beautiful venue with extraordinary views from the stage out to the sea.

“Then there’s Benderloch in Argyll, where my grandfather Duncan Campbell was from. I’m also looking forward to visiting some places for the first time such as New Deer and Tullynessle in Aberdeenshire. My great-grandfather John Anderson came from Rhynie up there.

“I hope folk will venture out to give us a good reception and support not just me but the wider arts scene in Scotland.”

Campbell will also play one show in her hometown of Edinburgh at the Scottish Storytelling Centre on 30th March.

Co-devised and directed by Kath Burlinson, Pulse is Campbell’s story of her musical homecoming, a journey of the heart and quest to find her pulse. Apprenticed into the professional orchestral world, her frustration hits boiling point and she breaks away from the stifling autocracy. Pulse charts her passionate and, sometimes, painful journey of discovery to love and danger in Mexico, step-dancing in Cape Breton, and beyond.  With the help of mentors and guides, Campbell charts a path back to her pulse through Scotland’s indigenous music and ‘comes home’.

The show resonates strongly with these times, in Scotland, socially, culturally and politically. We too are finding our feet, our inner strength and our pulse.

Here’s the full list of Pulse tour dates, with tickets on sale now.

For a full list of Mairi’s upcoming gigs visit: https://mairicampbell.scot/gigs/