Click here for the link to the newsletter in MailChimp or read it below.

Hi folks, just to say that there’s still space on my October Lismore fiddle retreat if you’d like to join us. September is already sold out. 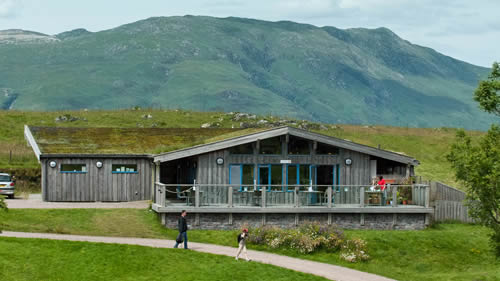 The newly revamped Lismore Gaelic Heritage Centre, which is run by a fabulous group of people, opened at the end of May. By welcoming live music, ceilidhs and local events, the space is already working wonders for the precious culture on the island. I’m most honoured to be the centre’s patron and we’ll now have the ceilidh for our music retreats there rather than at Carnie cottage, which will hopefully encourage more locals and tourists to join us.

It was a thrill to play an impromptu session at the centre recently with local musicians Duncan Ferguson, Arthur Cross and Duncan Laggan. Duncan Ferguson lives on Lismore but is originally from the nearby island of Eigg, where, growing up, he learned his music from his father. His swing is very similar to the Cape Breton feel for tunes, which this beat geek was really excited to hear!

Some 40,000 Scots, many from the west coast islands, emigrated to Cape Breton in Canada between 1750 and 1850. They took their music and memories with them, holding them close and passing them on as they had learnt them. Meanwhile, in Scotland over that same period, our culture was being shunted and shifted due to massive political changes. Gaelic was not allowed to be spoken and our indigenous dances and culture were irreparably changed. Anyway, that’s a subject for another day, but suffice to say that I love to hear that old step dancing feel for the tunes. It’s precious to hear Lismore’s local musicians of today playing and singing with such great timing and integrity.

So if you’d like to be part of Lismore’s precious music and traditional culture, then roll up, roll up… there are still spaces available on October’s fiddle course (27 – 30 October, £250)
mairicampbell.scot/retreats-and-workshops

I’m playing the launch gig of Bitches Brew in Glasgow as part of Glasgow Jazz Festival.

Bitches Brew is a night of top female instrumental improvising talent organised by Syntonic, a double bass and sax duo with Sue McKenzie and Emma Smith. Bitches Brew is Syntonic’s response to the eternal assumption that a woman can only be in a band if she’s the singer.

The gig at the Glad Cafe also features Shiori Usui, a composer and pianist originally from Japan and based in Edinburgh, and Leah Gough-Cooper, who won an international scholarship in 2005 when she was 16 to attend the world-famous Berklee College of Music in Boston, USA.
Hope you can join us!

We had a great night last week with storytellers David Campbell and Alice Fernbank telling tales of old and new. Group improvisations in sound, responding to the stories worked beautifully, surprising us all. Deeply satisfying.

Working in the studio

Dave Gray and I continue to mess around in his Sound Café recording studio, creating all kinds of music. The last track we worked on features the sound of rain on the roof and the crackle of a fire! I’m not sure how or when these will be released – possibly they’re for another show or album, and for the Patreon campaign which is on its way.

My friend the ceremonialist and healer Kedar S. Brown is returning to the UK for a village encampment and grief ritual in beautiful Cumbria.

The ritual, which is being hosted by friends Mairead Kerr and James Gillespie, will take place in ancient woodland by the banks of the Kingwater, just north of Hadrian’s Wall.

Kedar will lead the group in ritual including drumming, movement and poetry. This is a rare opportunity for people to gather together for healing of our personal and collective grief and the grief of the land itself.

Pulse at the Fringe 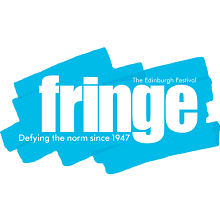 As many of you know, Mairi Campbell: Pulse will be playing in August at the Edinburgh Fringe Festival. My show was chosen to be part of the Made in Scotland Showcase, which is no small thing and a huge opportunity. Delegates from across the world come to Edinburgh for the festival and are hosted by Creative Scotland, which will give us masses of support throughout the festival, including breakfast meetings and regular gatherings with folk in the industry. I’m hoping to invite folk to set up tours in Canada, New Zealand, Australia, Germany, Denmark, and England. Fingers crossed! Tickets are now on sale. So if you haven’t caught the show yet or just fancy seeing it again, do book now.
When: from 3rd to 28th August
Where: Summerhall, in the Old Lab at 2.25pm

We made this wee video very recently. Julia Fayngruen did all the camera work and my daughter Ada is playing harp. It pulls together a lot of threads and has a long backstory, which is a revisit of one I made at Guildhall way back in 1988. This time, it’s simpler: the land, Lismore, the music (Traditional Shetland air, Da Day Dawn), and the words, from the poem Roads by George Mackay Brown, give me ballast and space.

It’s like taking a deep breath – I hope you enjoy it too.

Well, to end this June newsletter with a wee phrase.

I found myself whispering “whit’s fur ye’ll no go past ye” to myself as I left a meeting with a guy from the British Council last week, dearly hoping that Pulse will go places and I can show it all over the world… but not wanting to ask for too much. The phrase basically means “whatever is meant to happen to you, will happen to you”.